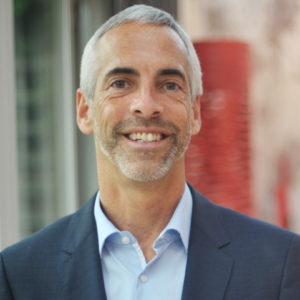 Russ Shaw is the founder of Tech London Advocates and Global Tech Advocates. He originally founded Tech London Advocates in 2013 to ensure an independent voice of technology sector was heard, but with a focus on the private sector. Since then he has been championing London as a global tech hub and campaigning to address some of the biggest challenges facing tech companies in the UK – diversity, digital skills, immigration, infrastructure and access to funding.

Key achievements for Tech London Advocates (TLA) include successfully campaigning for the introduction of a Chief Digital Officer for London and placing digital jobs on the Shortage Occupation List for the first time.

Russ is a founding partner of London Tech Week, a London Tech Ambassador for the Mayor of London and Advisory Board member for Founders4Schools and the Government’s Digital Skills Partnership. He is a Trustee for Modern Muse Charity, which supports young women and girls who want to study STEM subjects.

He is one of the world’s leading experts on the success of London’s tech ecosystem and has been invited to tech hubs around the world to share his experience. In 2019, he was named to the London Evening Standard’s Progress 1,000, a list of the most influential people in the capital.

In 2016, Russ created Global Tech Advocates, which now licenses the TLA operating model to countries around the world, including Scandinavia, Belfast, the Bay Area, the North of England, Singapore, Shanghai, Spain and Bogotá.

Russ was previously the Chairman of The Marketing Group of Great Britain following senior positions at Skype, Telefónica, O2 and CEO of a later stage startup called Mobileway. In his role as Marketing Director for O2, Russ brokered the relationship with The O2, the most successful indoor venue in the world.

He is an angel and venture investor and has been non-executive director of a number of high growth businesses, including Dialog Semiconductor and Unwire.

He has a BS from Washington University in St. Louis and an MBA from Harvard Business School.