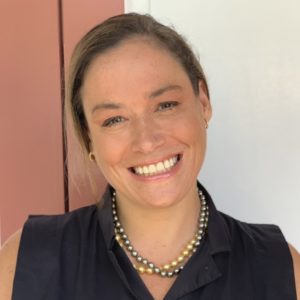 Leslie Sarma advises Tech Singapore Tech Advocates and is working with the team to build partnerships, drive initiatives and grow the TSA network. Since moving to Singapore from London in 2014, Leslie has developed a strong network within Singapore’s tech ecosystem and has remained an active part of the Tech London Advocates and Global Tech Advocates family.

Leslie is a New York qualified attorney, with a specialty in UK immigration law.  She practiced law in London for over a decade representing both corporate and private clients on a wide variety of complex immigration matters.  She spent the bulk of her career with Penningtons Manches Cooper LLC, acting as a senior attorney, as well as driving business development for the team.

While with Penningtons, Leslie began her relationship with Tech London Advocates, serving for several years as the founding co-chair of the TLA Talent and Immigration Working Group.  In that role, Leslie and the team successfully lobbied the UK government for changes to immigration policy as related to the tech sector and also acted as a mentor and advisor to London’s tech community on talent and operations issues.