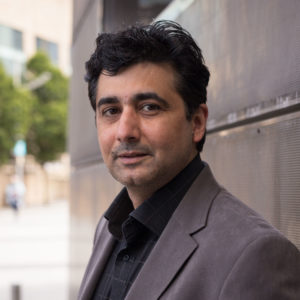 As well as being co-lead of Tech India Advocates, Ani Kaprekar is a highly creative business and community leader, with more than 30 years of multi-faceted international leadership career. Ani is engaged in several public-private initiatives in Technology, Entrepreneurship and Performing Arts. He has partnered with many industry leaders, organisations and Tech start-ups as an Executive Coach, Non-Executive Director and Advisor.

In his early India career, Ani played a key role in building a large Tech venture in eGovernment sector – influencing citizen-centric Tech policies and applications. In the UK, Ani worked with culturally diverse tech-centric enterprises such as Mastek, Capita, Lex, HBoS, Lloyds and LeasePlan, amongst others, before setting up his coaching and mentoring practice, Banyan Tree Answers Ltd. He is a Certified NLP Master Practitioner and a member of the Protégé programme at The Coaching Academy, UK.

Ani is an alumnus of Xavier’s Institute of Communication, Mumbai and formally trained in theatre and film craft. He is also a social media storyteller followed by more than 1 million people across the world on Facebook. Ani regularly hosts many virtual events in performing arts and tech.

Ani is also co-founder of OMPEG UK, a thriving entrepreneurship platform for members of the British Indian community that includes many Tech entrepreneurs. He volunteers his time for many charitable causes including QUEST, India which works in the area of education reforms for under-served children.

Ani is passionate about technology and as co-founder of Tech India Advocates, he aims to collaborate and showcase the coolest digital innovations and investment opportunities in “UK-India” Tech world – to strengthen trade relations and to inspire the next generation of innovators and disruptors.